http://www.theautismnews.com/2011/04/21/parent-of-autistic-child-shares-fears-after-cushing-boys-death/
Halo
Posted by Halo at 12:46 No comments:

Following BBC One Panorama investigation into the shocking abuse of vulnerable adults in care, I have just signed the National Autistic Society's petition to make sure that the Government takes urgent action to prevent this happening again.
Please click on the link below to help prevent the fight against abuse of vulnerable adults.
Thank you.
http://e-activist.com/ea-campaign/clientcampaign.do?ea.client.id=10&ea.campaign.id=10762
Halo
Posted by Halo at 07:49 No comments:

Had meeting with school regarding Lou wandering from premises.

Just had a meeting at the school, well a quick discussion.

I saw the place where she got out. She climbed under a fence while the person looking out for her went to take another pupil to the loo. It's about 20 yards from the main road and she was gone 5-10 mins. The people from the local nursery did find her (thank god!). The nursery is next to the school but still in front of the main road.

If she had got onto the main road and avoided being hit by a car then she would have been in an area of lots of roads. She is big enough for people to have thought she was not far from her parents etc. She could have wandered for miles without anyone taking an interest.

The head of the ASD says NO to funding for a 1:1! and they are going to keep her in the school at break times.

I'm now going to make some phone calls to see what my rights are. - Made some phone calls and have been told i need to push for 1:1 for at least break times etc. as keeping her in or restricted is not suitable. As its not written on her statement that she needs 1:1 then i will be writing a letter requesting an early annual review.

I also phoned the local nursery and was told the school didn't even know she was gone! and that it was a parent of a child at the nursery that spotted her and took her to the nursery
Halo
Posted by Halo at 03:15 3 comments:

Joint Letter to CDC on Wandering

After a nine year-old autistic boy escapes from the school playground, the author asks how this could happen.

"After a nine year-old autistic boy escapes from the school playground, the author asks how this could happen.

Last week a nine year-old boy escaped from the same school my son attends. They are both in a small class unit for children with moderate learning difficulties which is attached to the mainstream community school. The class has a maximum of ten children in any given school year, and the ratio of teachers and assistants to pupils is 1:2. What I, and the parents of this vulnerable little boy, want to know is, how did this happen? How did a nine year-old boy with autism manage to leave the confines of the school premises un-noticed during his lunch-time period?

For the purposes of this story and to protect the young boy and his family’s identity I shall name the boy Jake. Jake was on the playground and got in to a fight with another boy and hit him. Just for the record, I must point out that although a difficult age generally, the autism does affect the responses a child has to any given situation and Jake, as well as the other children in the unit, are subject at times to very cruel taunting for being “different”. With fear of the consequences Jake ran off, escaped and disappeared for two hours.

A frantic search of the school premises ensued after it became apparent that Jake was missing. I, and his mother, do not know how long it was before the school became aware that Jake was missing. However, I am sure those questions will be asked. When it was obvious Jake was not on the school premises, Jake’s mother was informed and she immediately alerted the police. A search began in the vicinity of the school. Thankfully, after two hours the police found Jake three miles away in a small village and, luckily, none the worse for wear. Two hours of desperate worry and a terrible ordeal for Jake’s mother. We parents all know the dangers every child faces in today’s world; what was going through Jake’s mother’s mind is something every mother can relate to. My heart goes out to her.

Jake has a “statement of special needs”, as do all the children in the unit. This is to assess their learning difficulties, and basically it is a means of applying to the county council for the funding they need to educate and care for them within a safe and happy environment. Jake’s mother and the personal statement for Jake would have outlined that Jake has a history of being a runner after confrontation. It is the duty of the council to ensure every child’s needs are fully met within the unit. In the school Jake and my son attend they do get integrated with the mainstream children at play and lunchtimes. There are dinner ladies, teachers and other pupils. So how on Earth did a nine year-old boy slip out un-noticed from such a large and busy school? Surely the children from the unit have extra supervision, and with Jake’s history more supervision at play and lunchtimes would have been in place? At present, Jake’s parents are still waiting for those answers.

Frighteningly, Jake’s mum is not alone. In November 2010 a five year-old girl escaped through a fire door, unlocked a gate and was found 40 minutes later next to a busy road. In September 2009 Harrison Sperring went missing from a school in Portsmouth, later to be found by police, safe and well. There are many other horrifying and alarming cases of children escaping and going missing while at school. Where were the teachers and other staff? Where were the dinner ladies? And in Jake’s case, why was a child with autism and a tendency to escape after confrontation left unsupervised in a playground? How did he escape? All children are vulnerable, not just those with special needs. As a parent of an autistic child myself I cannot contemplate that my child may just be left alone at the mercy of other children and their cruel taunting, but also with a strong possibility that he may be able to escape, if he so wished.

All these cases pose another serious question for the safety and supervision of all our vulnerable children while they are in school. If a child can get out easily and un-noticed then who can get in? A sobering thought indeed."

An amazing article by Emma Stockwell! 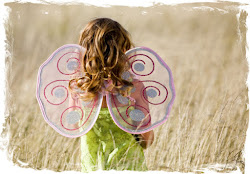 I am a mother to 4 children. I have a son and a daughter both with severe Autism. My daughter is a 'wanderer'. I have had to spend thousands of pounds adapting my house so she can't get out and cause herself serious harm.
My daughter was left to wander from her school on the 20th of May 2011. She is non-verbal with severe learning difficulties and no understanding of danger. She was found by a local nursery.
There isn't enough information in the U.K on 'wandering'. In the U.S they are considering making it a diagnosis.
Halo x

"I Wandered Lonely as a Cloud"

I wandered lonely as a cloud
That floats on high o'er vales and hills,
When all at once I saw a crowd,
A host, of golden daffodils;
Beside the lake, beneath the trees,
Fluttering and dancing in the breeze.

Continuous as the stars that shine
And twinkle on the milky way,
They stretched in never-ending line
Along the margin of a bay:
Ten thousand saw I at a glance,
Tossing their heads in sprightly dance.

The waves beside them danced; but they
Out-did the sparkling waves in glee:
A poet could not but be gay,
In such a jocund company:
I gazed---and gazed---but little thought
What wealth the show to me had brought:

For oft, when on my couch I lie
In vacant or in pensive mood,
They flash upon that inward eye
Which is the bliss of solitude;
And then my heart with pleasure fills,
And dances with the daffodils.
William Wordsworth